Too Much Screen Time May Be Stunting Toddlers' Brains - Health, Medical and Fitness News Blog

Too Much Screen Time May Be Stunting Toddlers' Brains 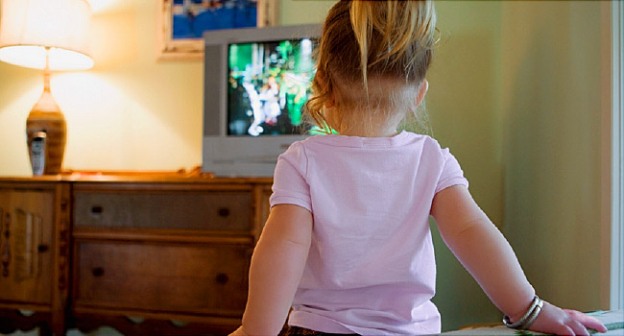 Toddlers who spend loads of time looking at tablets, smartphones or TVs may be changing their brains, and not for the better.

A new study using brain scans showed that the white matter in the brains of children who spent hours in front of screens wasn't developing as fast as it was in the brains of kids who didn't.

It's in the white matter of the brain where language, other literacy skills, and the process of mental control and self-regulation develop, researchers say.

"What we think happens is that the development of these skills really depends on the quality of the experience, such as interaction with people, interaction with the world and playing," explained lead researcher Dr. John Hutton. He is the director of the Reading and Literacy Discovery Center at Cincinnati Children's Hospital.

The first five years of life is the critical time when these brain connections are rapidly developing, Hutton explained.

"Some types of screen media may provide suboptimal stimulation to reinforce the connection of fibers in the brain and the skills they support, such as early language and literacy skills," he said.

Although TV has been around for decades, Hutton pointed out that the recent explosion of portable screen devices has greatly increased the time kids spend looking at them.

The American Academy of Pediatrics (AAP) recommends that kids under 18 months shouldn't be exposed to screens at all. From 18 to 24 months, if parents choose, digital media should include only high-quality programming that the child and parent watch together.

For kids aged 2 to 5, screen time should be limited to 1 hour per day, and parents should watch the programs with their child. Also, parents should have times when screens are turned off, and bedrooms should be media-free.

For the study, Hutton and his colleagues did MRI scans of the brains of 47 kids, aged 3 to 5 years. The children also took tests to evaluate their cognitive ("thinking") skills.

Parents were asked to complete a questionnaire that identified their ScreenQ, which tells how much time their children spend in front of screens, and how closely they follow the AAP recommendations.
The researchers found that the higher the Screen Q score, the lower the child's ability to rapidly name objects (a measure of mental-processing speed), and the lower their developing literacy skills.

Hutton believes that the developing brain needs the stimulation of other people and the real world to rise to its potential.

"Young children really depend on relationships with people, interacting with the world, using all their senses," he said. "The more parents can keep their children off screens in early childhood and let them interact with people in the world, the better."

It's possible that the delayed brain development caused by screens can be made up later, but it's harder for the brain to change the older you get, Hutton added.

Reshma Naidoo, director of cognitive neuroscience at Nicklaus Children's Hospital in Miami, said that watching screens is passive and two-dimensional, both of which aren't good for developing brains.

"From my perspective, the biggest problems we are seeing is a lot less social engagement with children," she said. "We're starting to see a lot more children that have these very dysfunctional social patterns, and they're more responsive to media."

Parents need to set an example for their children, Naidoo said. "We need to shift their focus and engage with our children," she added.

Parents who let their children watch screens should use the time to interact with their child rather than making screen time passive, she advised.

"But I strongly recommend limiting the amount of time that you spend in front of those environments," Naidoo said.

The report was published online Nov. 4 in JAMA Pediatrics.