Some Headway Made Against 'Superbugs,' but Threat Remains: CDC - Health, Medical and Fitness News Blog

Some Headway Made Against 'Superbugs,' but Threat Remains: CDC 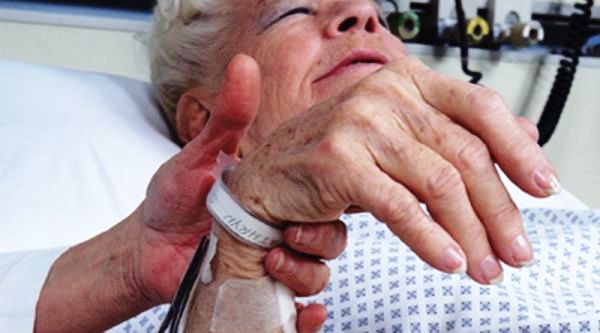 The U.S. response to the threat of antibiotic-resistant germs has shown some progress, but these potentially deadly bugs still show no signs of stopping, a new government report warns.

Prevention efforts have reduced deaths from antibiotic-resistant bugs by 18% overall and by nearly 30% in hospitals, the U.S. Centers for Disease Control and Prevention revealed Nov. 13 in an update of its Antibiotic Resistance Threats in the United States report.

"This data is exciting because it shows that we are not powerless against antibiotic resistance," said Dr. Hilary Babcock, president of the Society for Healthcare Epidemiology of America.

But antibiotic-resistant bacteria and fungi still cause more than 2.8 million infections and 35,000 deaths in the United States each year, the CDC report found.

That means someone in the United States gets an antibiotic-resistant infection every 11 seconds, on average, and every 15 minutes someone dies, according to the CDC.

The CDC highlighted the ongoing dilemma by adding two new germs to its list of urgent threats - the fungus Candida auris and the bacteria Acinetobacter.

Both germs can cause serious invasive infections in hospitalized patients with compromised immune systems, and both have shown signs of developing resistance to the most powerful and often-used antibiotics and antifungals, the CDC said.

"To underscore the threat we're facing, Candida auris emerged on five continents at the same time," said CDC Director Dr. Robert Redfield, who added that 1 in 3 patients infected with the fungus dies.

C. difficile bacteria are not typically antibiotic-resistant, but are considered a threat because they opportunistically invade human digestive systems following antibiotic use and cause deadly diarrhea, the CDC said.

The report shows that health officials are in for a very long war against antibiotic-resistant germs, said Adriane Casalotti, chief of government and public affairs for the National Association of County and City Health Officials.

"The problem isn't going away. As things evolve over time, certain bugs become more of a threat while others we get a better handle on," Casalotti said. "There's no end in sight for us having to deal with these challenges."

However, the reduction in deaths shows that the strategies now being employed have put health care providers on the right path, said Michael Craig, a senior adviser with the CDC's Antibiotic Resistance Coordination and Strategy Unit.

Still, the new report found that resistance to essential antibiotics is increasing in 7 of 18 germs on the CDC's overall list of antibiotic-resistant threats.

The new report also revealed that the threat of antibiotic-resistant germs is much worse than thought when the alarm was first sounded.

There were nearly twice as many annual deaths from antibiotic-resistant infections as the CDC first reported in 2013, the new data showed.

Back then, the CDC estimated that 23,000 deaths each year were caused by antibiotic-resistant germs. Their new estimate holds that 44,000 people a year were dying due to these infections, Craig said.

People can help fight antibiotic resistance by not requesting the medications for every illness that comes their way, Casalotti said.

"Antibiotics are only for bacteria," she said. "They're not going to help you with a virus."
If you are prescribed antibiotics, take them as directed for the full course of treatment, Casalotti added. Antibiotics are prescribed in a way to completely wipe out infectious bacteria so they don't have a chance to survive and gain resistance.

Infection
By Health & Medical Reviews and News at 05:37