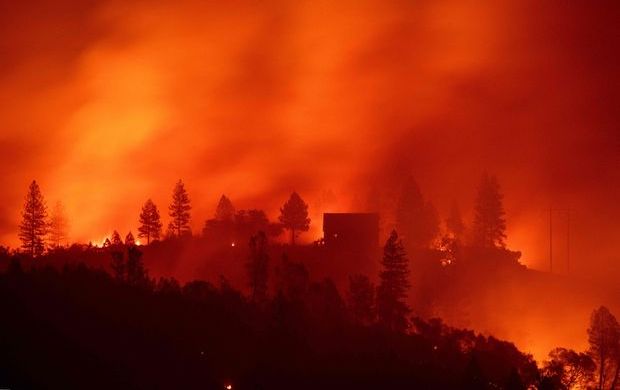 A global coalition of more than 11,000 scientists warns that planet Earth is facing a "climate emergency" that will cause "untold human suffering" unless drastic steps are taken.

The warming climate is already taking a toll on human health, causing widespread hunger and illness that will grow exponentially worse, said the warning's lead author, William Ripple. He's a professor of ecology at Oregon State University College of Forestry, in Corvallis, Ore.

Climate change has arrived and is accelerating faster than most scientists expected, with more severe effects, according to the paper published Nov. 5 in the journal BioScience. It is co-signed by 11,258 scientists from 153 countries.

The warning came one day after President Donald Trump served notice that the United States will withdraw from the Paris Agreement on climate change.

The scientists cited six immediate steps that must be taken to slow global warming:
"We have an urgent situation, but it's not too late in that anything we do now will help relieve suffering in the future," Ripple said. "We already are committed to some climate change, but if we take effective action now we may be able to avoid catastrophic climate change."

The effects of global warming on human health are already apparent and growing worse, according to Ripple and Dr. Eric Cioe Pena, director of global health at Northwell Health in New Hyde Park, N.Y.
Mosquito and tick populations are spreading northward as the climate warms, bringing with them a number of infectious diseases, Ripple and Pena said.

"We now have Zika virus, which is endemic in Florida, in Miami," Pena said. "As the climate warms and becomes less temperate and more tropical, we're going to see Zika and Dengue, and some of these other more infectious diseases spread throughout the U.S."

"Just this week we're seeing a huge outbreak of wildfires in California," Ripple noted. These fires fill the sky with throat-choking smoke and threaten neighborhoods with destruction.

"We're going to see these superstorms more often, and the coasts are going to be threatened by that," Pena said.

There will be more hunger and starvation, as the changing climate threatens crop yields, and a warming ocean causes fish populations to decline, the experts explained.

Ripple said, "We already have hundreds of millions of humans who are hungry or starving, and that number could increase dramatically with severe climate change."

And Pena pointed out that it could get to the point where even clean water is hard to come by.

"Not to sound like Chicken Little and the sky is falling, but these are serious things," he said. "We're talking about the health security of millions of lives. That should be sobering to most folks."

Lifestyle
By Health & Medical Reviews and News at 05:49