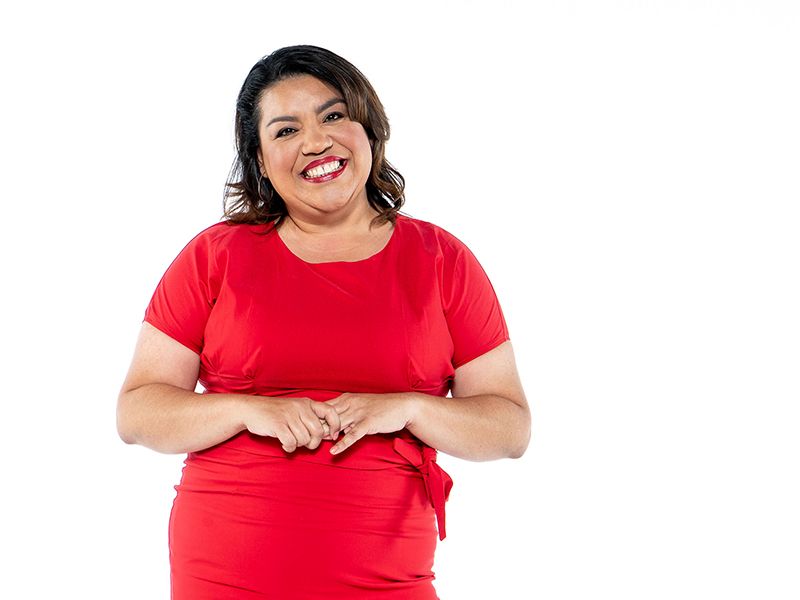 Christina Herrera was 44 years old when she felt the symptoms of a heart attack.

"I was sweating, having heart palpitations and out of breath," the high school teacher said. "My school nurse said, 'I have to call an ambulance for you,' and I said I'd go later. I had to get back to my class. She said, 'You have to go now.'"

It's a good thing Herrera listened to her.

Doctors couldn't initially find anything wrong with her heart, but they suggested a heart catheterization. That's a procedure where a thin tube is threaded through the blood vessels going to the heart. It allows doctors to see and sometimes treat narrowed blood vessels.

In Herrera's case, the doctors discovered three blockages. So the teacher who just wanted to go back to class ended up having triple bypass surgery.

Herrera had been diagnosed with pre-diabetes, but not yet full-blown type 2 diabetes before her heart surgery. She had also been told that her cholesterol was higher than it should be. And she said she made an effort to take better care of herself. "I thought, I'm not going to have soda and I'm going to have salads. I was thinking I was going to manage this on my own," she said.

"Even with my family history, I didn't get the connection between diabetes and heart disease. I was in complete denial," Herrera explained.

She's far from alone. People with type 2 diabetes are twice as likely to die from heart disease and stroke compared to people without the disease.

Managing type 2 diabetes isn't as simple as losing some weight or taking insulin. It's no easy task, said Felicia Hill-Briggs, a professor of medicine at Johns Hopkins Medicine and past president of health care and education for the American Diabetes Association.

"Diabetes is a very complex condition. The treatment and management of the disease is among the most complex of the diseases, and care is literally put in the hands of the person with the disease and their family members. They have multifaceted, complex regimens that can change daily," she explained.

Hill-Briggs said that people with diabetes need ongoing education so they know how to modify and adapt their diabetes management day-to-day. She pointed out that health-care providers have to go through continuing medical education, but diabetes patients often are limited in the education that insurers will pay for.

"If people don't have a clear understanding of the disease, they may think, 'If I don't feel anything, I must be OK,'" Hill-Briggs said. Or, people who've seen the disease ravage family members or friends may believe complications are inevitable.

"It's important that health-care providers intervene with hope. They need to help people see that there are things in their lives that are modifiable. Complications are not automatic," she said.

Hill-Briggs recommended starting by having people record their blood sugar levels throughout the day when they don't take their diabetes medications, and then again when they take their medication. "When people can actually see the difference, it can turn their behavior around 100%. It gives them an opportunity for hope," she said.

For Herrera, the heart surgery was the wake-up call she needed.

"I look at food very differently now. I try to be intentional about everything. If I want a soda, I think, 'Is it worth it? Is it worth seeing my blood sugar level going up?' It's not an overnight learning process. It's an opportunity to re-learn how to look at ourselves and what foods to eat and to make sure I'm touching base with my doctor," Herrera said.

She has also started running. She has run in a 5k and now has plans to conquer a 10k with a friend who cheers her on.

Herrera said her progress has been slow and steady. "But I don't need to see fast results," she added. "I am just learning to eat better and feel better after a workout and teach those skills to my son."

Herrera's son is 12, and she hopes her positive, health-minded example will keep him from inheriting the family legacy of diabetes and heart disease.

"This will end with me," Herrera said.

Heart
By Health & Medical Reviews and News at 05:25