A Gene Kept One Woman From Developing Alzheimer's - Could It Help Others? - Health, Medical and Fitness News Blog

Home Alzheimers Dementia Health News Health Reviews A Gene Kept One Woman From Developing Alzheimer's - Could It Help Others?

A Gene Kept One Woman From Developing Alzheimer's - Could It Help Others? 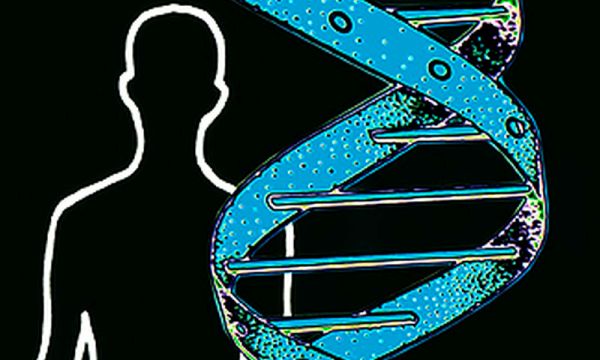 Could one woman's rare genetic mutation one day have a global impact on dementia risk?

It's possible, say investigators who report on a potentially groundbreaking case of a woman whose genetic mutation staved off dementia for decades, even though her brain had already been damaged by Alzheimer's disease.

While most Alzheimer's cases are not driven by genetic predisposition, one woman in Colombia is among about 1,200 in her country who do face a genetically higher risk for early-onset Alzheimer's.

Why? They all carry the E280A mutation of a gene called Presenilin 1 (PSEN1), which is known to increase the chances for Alzheimer's at a far younger age than usual.

"We identified an individual that was predisposed to develop Alzheimer's in her 40s," noted study author Dr. Joseph Arboleda-Velasquez. He's an assistant professor of ophthalmology with the Schepens Eye Research Institute of Mass Eye and Ear at Harvard Medical School, in Boston.

But, strangely, the woman "remained unimpaired until her 70s," Arboleda-Velasquez added.

The twist: the woman had, in fact, developed clear telltale signs of Alzheimer's in her brain. She just hadn't developed dementia.

For example, while she had fewer neural "tangles" in her brain than is typical for Alzheimer's patients, by the time she hit her 40s she did have the same unusually high level of brain amyloid-beta deposits as her E280A peers. Such deposits are a key signature of Alzheimer's.

So why didn't she develop middle-aged dementia like her peers?

To unravel the mystery, Arboleda-Velasquez and his colleagues ran an in-depth genetic analysis on the woman. And what they found is that she had not just one mutation, but two.

In addition to the E280A mutation, she also carried the so-called "Christchurch" mutation in the APOE3 gene.

But there's more. Not only did she carry the Christchurch mutation, but she had two of them. Some of her E280A peers (about 6%) also carried a single copy of Christchurch. But she was the only one who carried two, the investigators found.

"It is ultra-rare, with an approximate prevalence of less than one in every 200,000 individuals," Arboleda-Velasquez said.

And having one such rare mutation did not appear to be enough. No protection against dementia was linked to only one Christchurch mutation. But as this woman's case suggests, having two such mutations did seem to throw up a shield against Alzheimer's, preserving her ability to remember things and think clearly for a few decades, long after her E280A peers had started experiencing cognitive decline.

"This is the first time a specific patient who carries the (double) mutation has been linked to such a protective benefit," Arboleda-Velasquez noted.

How does it work? It seems that "the mutation puts a block on the cascade of events linking amyloid accumulation to neural [brain cell] death," he explained.

The team did acknowledge that more research will be needed to definitively confirm the Christchurch mutation's impact and to further explore how this mutation/dementia delay connection truly works.

But, in theory, the incredibly rare experience of this one woman in Colombia could ultimately have profound ramifications for Alzheimer's patients around the world, if "new drugs that mimic the effect of [the] mutation" could be developed, said Arboleda-Velasquez. Rather than stopping Alzheimer's from developing, such drugs would prevent Alzheimer's from causing dementia.

The study was published Nov. 4 in the journal Nature Medicine and was partly funded by the U.S. National Institutes of Health and the Alzheimer's Association.

Heather Snyder, vice president of medical and scientific relations at the Alzheimer's Association, characterized the findings as "an important discovery."

The insights gleaned from a look at this particular patient's experience are "full of possibilities for increasing our understanding of Alzheimer's disease and all dementia, and advancing potential avenues for treatment," Snyder suggested.

"Understanding what is happening in the brains of people when there appears to be a delay or stopping of the disease progression - because of this gene form or otherwise - gives rise to many possibilities for investigating new treatment and risk-reduction opportunities," she added.

At the same time, Snyder cautioned that "more research is needed to understand more thoroughly how genetics impacts Alzheimer's/dementia risk, and to expand and confirm these findings in a larger number of people."