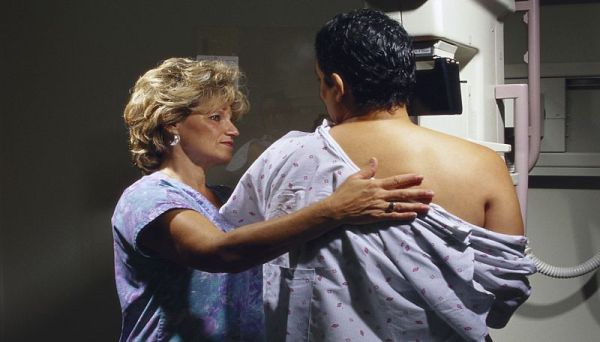 Weight-loss surgery may do more than shrink one's waistline: New research suggests it lowers the chances of breast cancer among women with genes that make them vulnerable to the disease.

In a large-scale study that involved more than 1.6 million obese women, those who were at genetically high risk for breast cancer and had weight-loss surgery were 2.5 times less likely to develop the disease than their peers who did not get the procedure. In terms of percentages, breast cancer incidence was 7.4% for women who had the surgery, while it was 18% for women who did not.

The findings were to be presented Tuesday by Cleveland Clinic Florida researchers at the American Society for Metabolic and Bariatric Surgery annual meeting, in Las Vegas.

One oncology expert who reviewed the study was intrigued by the findings.

Still, scientists have long known that being overweight is an independent risk factor for developing cancer. Overweight and obesity increase one's risk for 13 different types of cancer, and more than half of all cancers diagnosed in women are among these overweight - and obesity-related cancers, according to the U.S. Centers for Disease Control and Prevention.

"The impact of obesity on health, and the link between obesity and cancer has been very well-established. But the reasons why obesity increases the likelihood of people developing cancer are not as clearly understood," said study author Dr. Raul Rosenthal, director of the Bariatric and Metabolic Institute at Cleveland Clinic Florida.

Scientists do know, however, that significant fluctuation in weight brings about changes at the chromosomal level. Specifically, telomeres, which protect chromosomes from deteriorating, shorten with obesity and lengthen with weight loss, Rosenthal explained.

Iyengar said it follows that weight-loss surgery might reduce DNA damage and lower one's risk of cancer.
"We've learned that people who are metabolically obese -- meaning they have normal body weight but a high body fat percentage -- are not safe [from cancer risk]," Iyengar added.

In 2018, Iyengar led a study published in the journal JAMA Oncology that analyzed body fat measurements of more than 3,000 postmenopausal women between the ages of 50 and 70. At a median follow-up of 16 years, study participants with a normal body mass index (BMI) but high body fat mass were twice as likely to have developed estrogen receptor-positive breast cancer, compared to those with a normal BMI but low levels of whole-body fat mass.

Despite the ability of weight-loss surgery to reduce weight, body fat and cancer risk - even for those genetically predisposed to developing the disease - Rosenthal urges individuals to approach the procedure with caution.

"We are not suggesting that everyone who is obese has surgery," Rosenthal said. "We strongly suggest that the U.S. population needs to be aware that obesity is linked to the potential of developing all sorts of cancer."

Research presented at meetings should be considered preliminary until published in a peer-reviewed journal.

Surgery
By Health & Medical Reviews and News at 05:49