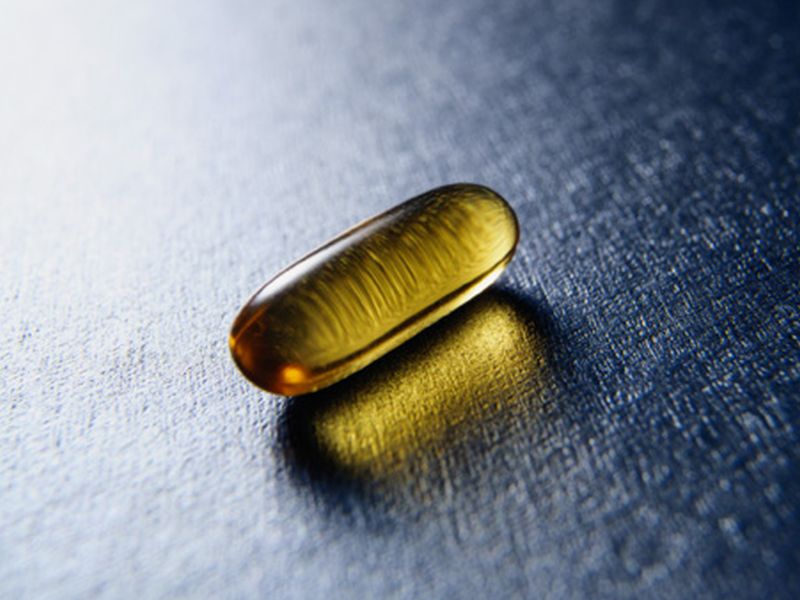 The findings come from an analysis of a clinical trial first published last year, where researchers tested the effects of fish oil and vitamin D on people's risk of heart disease and cancer.

That main trial -- called the Vitamin D and Omega-3 Trial (VITAL) - had some encouraging results. Healthy older adults given a fish oil supplement were less likely to suffer a heart attack over the next several years, especially if they had never been big fish eaters.

The current analysis looked at whether supplements had any effect on participants' risk of being hospitalized for heart failure.

Heart failure is a chronic condition in which the heart gradually loses its ability to efficiently pump blood to the body. Often, it stems from heart-muscle damage caused by a heart attack - which raised the question of whether the benefits seen in the trial might extend to heart failure, explained Dr. Luc Djousse.

Djousse, of Brigham and Women's Hospital and Harvard Medical School in Boston, led the current study.

The finding offers a "signal" that the supplements might help prevent heart failure hospitalizations, Djousse said.

But, he stressed, that still needs to be backed up by further study.

Djousse advised following that recommendation. "But don't fry your fish," he added. "Have it broiled or baked."
The findings, published Nov. 11 in Circulation, come from a trial involving nearly 26,000 adults aged 50 and older who were initially free of heart problems. They were randomly assigned to take either 1 gram of prescription-grade fish oil (Omacor), 2,000 IU of vitamin D, or a placebo every day.

When Djousse's team looked at heart failure hospitalizations, there was no clear effect of either fish oil or vitamin D on first-time admissions. But fish oil users were 14% less likely to have repeat hospitalizations: There were 326 recurrent hospital stays in that group and 379 in the placebo group.

Why wouldn't fish oil prevent the first hospitalization? It's not clear. But Djousse said there were fewer first-time hospital stays, so the numbers might have been too small to detect an effect.

That is a possibility, agreed Dr. David Siscovick, a senior research scientist with the New York Academy of Medicine who was not involved in the study.

More research is needed, Siscovick said. But, he added, at this point, there is no evidence that fish oil can prevent heart failure from developing.

There is, however, evidence that patients with existing heart failure may benefit.
Siscovick chaired an AHA committee that, in 2017, issued an advisory on omega-3 supplements and heart disease.

The advisory said it was "reasonable" for doctors to prescribe omega-3 to heart failure patients, based on an Italian clinical trial called GISSI. In that trial, researchers randomly assigned heart failure patients to either take an omega-3 supplement or a placebo (olive oil). Over four years, patients on omega-3 had a 9% lower risk of being hospitalized or dying.

The current study, Siscovick said, is "very consistent" with that evidence.

He also stressed, though, that heart failure is a complex condition, with different forms and different underlying causes. So if people with heart failure are curious about fish oil, he said, they should talk to their doctor about whether a prescription is right for them.

Heart
By Health & Medical Reviews and News at 05:50