Obesity, Other Factors May Speed Up Brain Aging: AHA News 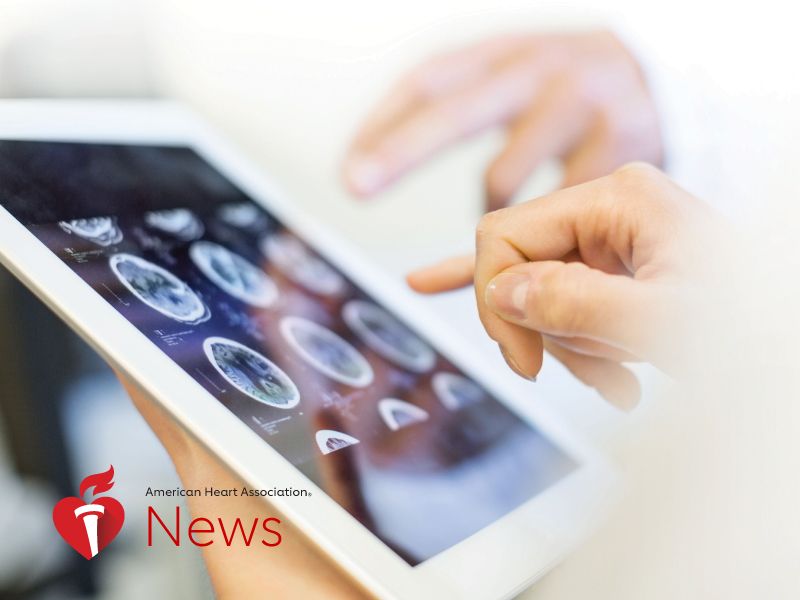 The brains of middle-age adults may be aging prematurely if they have obesity or other factors linked to cardiovascular disease, new research has found.

Almost one-quarter of adults have metabolic syndrome, a set of factors that in combination amplify a person's risk of heart disease, diabetes, stroke and other illnesses. In the new research, participants were considered metabolically unhealthy if they had two or more such factors: high blood pressure; high blood sugar; high blood triglyceride levels; or low levels of HDL, the "good" cholesterol - or if they took medicine for diabetes, high blood pressure or cholesterol.

Researchers used magnetic resonance imaging and tests of thinking skills to evaluate more than 2,100 women and men ages 37 to 55. Compared with the healthiest participants, those who were metabolically unhealthy, obese or both showed evidence of brain decline.

"This has public health implications, since poor metabolic health is also associated with poor brain health," said lead researcher Dr. Rebecca Angoff, clinical fellow in medicine at Harvard Medical School's Beth Israel Deaconess Medical Center in Boston. "This is further ammunition for health care workers to convince patients to change their lifestyles and to work on early prevention with their patients."

The preliminary study was presented this week at the American Heart Association's Scientific Sessions in Philadelphia.

Participants were part of the Framingham Heart Study, a decades-long investigation of cardiovascular disease risk. None had diabetes or neurological conditions such as stroke or dementia.

Among people who were metabolically unhealthy, MRIs revealed lower total cerebral brain volume - in essence, a smaller brain - than was measured in metabolically healthy people.

Lower cerebral brain volume is a sign of injury throughout the brain that leads to the loss of neurons and supporting cells, Angoff said. "Aging, decreased blood flow and diseases like Alzheimer's can lead to a smaller brain."

Participants who were both metabolically unhealthy and obese showed the most signs of subtle injury to the brain's white matter - tissue that provides crucial connections throughout the brain. These injuries, which have been linked to early Alzheimer's disease, result from blood vessel abnormalities and may be due to risk factors such as high blood pressure and diabetes, Angoff said.

On the cognitive tests, obesity was linked to poorer scores. Specifically, those who were obese but metabolically healthy performed worse on a combination of six tests of thinking skills, and on individual tests that measured verbal memory and abstract reasoning. Participants who were obese and metabolically unhealthy scored lower for abstract reasoning and on a test measuring visual details and spatial memory.

Differences in MRI and cognitive test results may reflect early, subtle signs of an aging brain, the researchers said. "This subclinical brain aging may precede clinically visible decline, but it's unclear if these findings affect daily functioning," Angoff said.

Although BMI is commonly used to gauge obesity and health risk, researcher Judith Wylie-Rosett, who was not involved in the new study, said she'd be interested in focusing on people's waist-to-height ratio or waistline measurement as a health indicator. That's because regardless of a person's weight, a bigger belly can be a sign of fat buildup around abdominal organs, which could affect the liver or be associated with other metabolic abnormalities.

Evidence is growing that heart health goes hand in hand with brain health, said Wylie-Rosett, professor and division head of health behavior research and implementation science at Albert Einstein College of Medicine in New York City. So, "lifestyle and medical interventions that reduce cardiovascular risk may also reduce the risk of dementia," she said.

Specifically, a diet high in fruits and vegetables, whole grains, fish and unsaturated fats has been found to promote brain health, she said. And studies in people 50 and older show regular, moderately intense physical activity can improve brain function.

Preserving brain health is increasingly urgent as the massive baby-boom generation grows old and faces greater risk of mental decline. "With the aging of the U.S. population," Wylie-Rosett said, "could a campaign to promote healthy eating and physical activity reduce projection for memory loss for the 'boomer' generation?"

Heart
By Health & Medical Reviews and News at 05:43