Erectile Dysfunction May Up the Odds for Irregular Heartbeat: AHA News 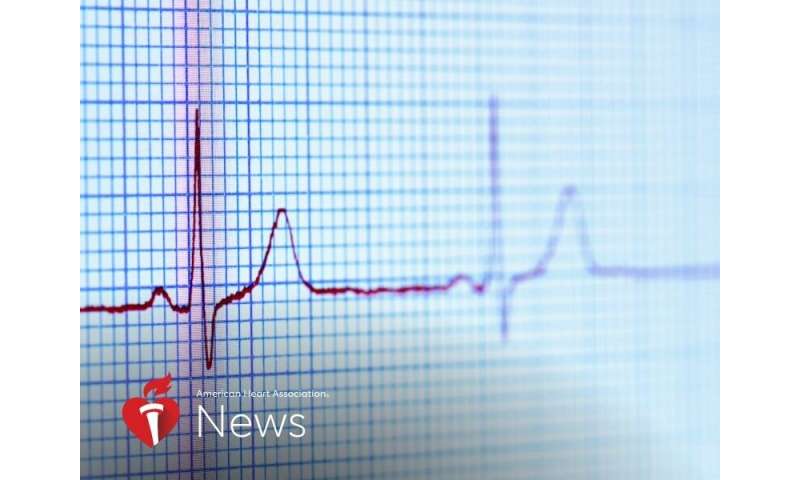 Men with erectile dysfunction are more likely to be diagnosed with an irregular heartbeat, according to a new study.

Atrial fibrillation, or AFib, is an irregular or quivering heartbeat that can lead to blood clots, stroke and heart failure. The condition affects up to 6.1 million people in the United States.

Past research has shown a link between cardiovascular disease and erectile dysfunction, or ED. Researchers behind the new study wanted to find out how AFib fits into the picture, said Dr. Yoshihiro Tanaka, the study's lead researcher.

"It is well known that ED symptoms appear two to three years before we see cardiovascular disease, so if we can use ED symptoms as a marker for predicting future AFib, we may be able to treat the patient early and hopefully stop the disease progression," said Tanaka, a cardiologist and postdoctoral researcher at Northwestern University in Chicago.

The study included 1,760 older men without a history of AFib. After four years, 9.6% of men who reported having erectile dysfunction were diagnosed with AFib compared with 2.9% of men without the condition. Even after adjusting for various risk factors, including smoking, weight, diabetes and blood pressure, men with erectile dysfunction were 66% more likely to be diagnosed with AFib.

"That's a reasonably strong association," said Tanaka, who presented the preliminary findings last week at the American Heart Association's Scientific Sessions. "If patients have ED, physicians should investigate other cardiovascular risk factors and initiate treatment as soon as possible."

Among the study's drawbacks, patients self-reported their erectile dysfunction and researchers don't know if the condition was caused by vascular problems or psychological issues.

"The other limitation is atrial fibrillation is very difficult to detect," Tanaka said. "Some patients don't complain of any symptoms because the arrhythmia shows up and disappears suddenly."

He'd like to see future research delve into the interplay between testosterone levels, erectile dysfunction and AFib.

"Loads and loads of my male patients have ED, and when I read the (study) I said, 'Wow, this connection makes sense,'" said Dr. Hugh Calkins, director of the Cardiac Arrhythmia Service at Johns Hopkins Hospital in Baltimore. He is a co-author of the recent AFib guidelines update issued by the AHA, American College of Cardiology and Heart Rhythm Society.

"It's a very original study that will undoubtedly trigger a new round of research on the topic and bring up a greater discussion of the overlap of vascular health, ED and AFib," said Calkins, who was not involved in the study.

Calkins said more research is needed on the connection between erectile dysfunction and asymptomatic AFib, where patients have no symptoms. Sometimes called "silent AFib," the condition may be more common than previously thought.

"Screening for asymptomatic AFib is a hot area these days," Calkins said. "One obvious question is, should all patients with ED get a seven-day monitor or (a smartwatch) once a year to screen for AFib? This study suggests you'll pick it up … which would trigger early treatment of risk factors like diabetes, weight control and sleep apnea."

Male Health
By Health & Medical Reviews and News at 05:27