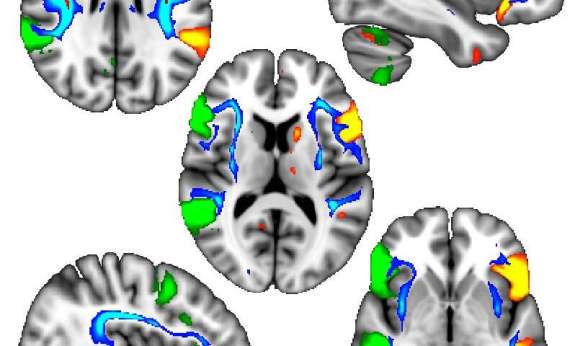 About 90% of all humans are right-handed, so what's the deal with the other 10%? Genetics play a big role, according to a new handedness study of hundreds of thousands of Brits published this month.

The findings offer more than just gee-whiz trivia; the same genes governing which hand you prefer are also implicated in schizophrenia, Parkinson's disease and Alzheimer's disease. The study, published in the neurology journal Brain, could be a crucial step in determining causes, risk factors and treatments for these neurological disorders.

The study looked at more than 400,000 people ages 40-69 selected from the UK Biobank. The Biobank is a British nonprofit that tracks the health of more than half a million people specifically to aid medical research.

Study authors looked at genotypes for participants, as well as brain image scans of about 9,000 participants and other data to determine the results.

The researchers said several genes seem to generate a hand preference. Furthermore, those genes generate that preference by coding for a stronger connection between functional centers in the left and right halves of the brain. The authors concluded the genes for handedness are connected with certain neurological problems.

This study cuts to the heart of the theory of "brain lateralization," the idea that the left and right hemispheres of the brain perform different functions.
This is a matter of ongoing debate among neurologists, writes Roxanne Dryden-Edwards, MD, a psychiatrist and medical author for MedicineNet.

"Many neuroscientists consider the concept of purely left-brain vs right-brain characteristics a myth," writes Dr. Dryden-Edwards. "There are numerous theories and concepts that exist to explain how the right and left hemispheres of the human brain function, many of which have merits and limitations."
The brain lateralization theory holds that certain regions of the brain perform specific functions.

Brain hemisphere dominance is often predicted by whether someone is right- or left-handed, and the way someone learns best is often categorized as left brain or right brain functioning, Dr. Dryden-Edwards says.

Left-brain functions are thought to include:


According to neuroscience research, the left side of the brain or hemisphere:


Left-brain and right-brain psychology further describes left-brain functions as including: the ability to pay attention to details, fine motor movement skills, and the ability to convert sounds to language and translate their meaning. Left-brain networks also are thought to control analytical/logical thinking, including a person's mathematic ability and problem solving skills, Dr. Dryden-Edwards says.

The right brain hemisphere is thought to allow young children to understand concepts of more versus less, but the understanding of specific number values involves the left hemisphere.

Other cognitive activities that tend to be governed by the right hemisphere of the brain include attention to, and processing the overall visual shape of items, understanding verbal ambiguity, and emotional and implied meanings.

In terms of brain development, neuroscience research indicates that until about three years of age, the right brain hemisphere tends to be dominant in brain function, Dr. Dryden-Edwards says.

Health Reviews
By Health & Medical Reviews and News at 05:23