Is Saturated Fat Bad? No. But It’s Not a Health Food Either - Health, Medical and Fitness News Blog

Is Saturated Fat Bad? No. But It’s Not a Health Food Either 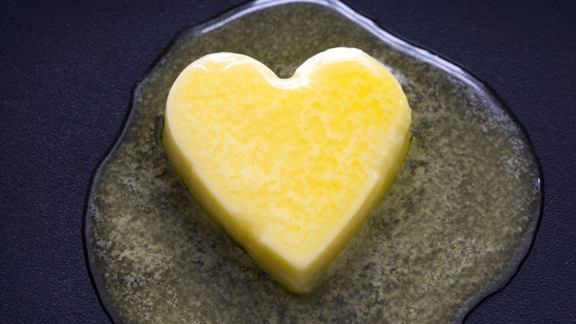 You were wrongly taught to fear saturated fat for decades. Now it’s making a comeback, however, claims about saturated fat’s benefits may be going too far.

More than 60 years ago, in the court of public opinion, the American public convicted saturated fat of an unforgivable crime: attempted murder of a U.S. president.

In 1955, while on vacation in Colorado, Dwight Eisenhower suffered a heart attack. “Suddenly people were frantic to understand the cause of heart disease,” says Jonny Bowden, Ph.D., and author of Smart Fat. In the years that followed, fat - and specifically saturated fat - took the blame.

If you’ve spent most of your life avoiding saturated fat, this moment is a big reason why. The day after Eisenhower’s heart attack, the president’s physician recommended the nation cut down on fat and cholesterol, citing the work of a nutritionist named Ancel Keys.

How Saturated Fat Became a Villain

Later that decade, Keys published research connecting countries that consumed the most fat with higher rates of heart disease. His “Seven Countries Study” wielded great influence on how Americans eat.
In 1977, a Senate select committee cited Keys’ research while making sweeping recommendations to the American people, stating you should consume less red meat and by extension, less saturated fat — to avoid heart disease.
That message hardened into national policy when the government issued the 1980 Dietary Guidelines for Americans, which advised people to trim the fat from their steaks and avoid saturated-fat foods like butter, cream, and coconut oil.

Why Saturated Fat Made a Comeback

Today Keys' research is under fire. An analysis by researchers at Harvard looked at 21 studies and found no link between saturated fat and heart disease (or stroke).

Finally, a couple years later, a third meta-analysis published in the British Medical Journal reached a similar conclusion. After looking at more than 62,000 people in 10 randomized trials, researchers found that while reducing saturated fat helped to lower cholesterol levels, the effect didn’t translate to a lower risk of death. And death is what matters in this debate, ultimately.

Saturated Fat Isn’t Evil. But Does That Mean It’s Healthy?

The seeming turn of the tide within the scientific literature has led to an even bigger shift in public perception. Today you’re hearing loud messages from popular health pundits proclaiming that saturated fat is actually a long lost health food. Some even say you should get more of it by drinking butter in your coffee.

Now’s a good time to call a timeout and look at what’s really going on in this debate. Because both sides have gotten a little carried away.
Let’s start with the first side of the pendulum swing, starting all the way back with Eisenhower’s heart attack. It was a gross oversimplification to place all the blame for that heart attack - and eventually, heart attacks in general - on saturated fat.

First, let’s look at Eisenhower. The man was president at the time, and a five-star general before that - both stressful jobs, to say the least. Ike was also known to have a temper, and at one point smoked four packs a day. It’s fair to say there were confounding lifestyle issues.

Second, saturated fat isn’t necessarily something most people eat in excess. The USDA and World Health Organization recommend you cap your saturated fat consumption at 10 percent of your daily calories. A 2007 analysis by researchers at Rutgers University showed saturated fat makes up about 11 percent of the average American diet. The top sources of saturated fat being full-fat cheese (8.5 percent), pizza (5.9 percent), and cakes and pastries (5.8 percent).

It’s also true, as Sat-Fat supporters love to point out, that Ancel Keys' research showed correlation, not causation. “The lowest evidence,” as Bowden described it. Modern-day reviews have not been kind to the study’s findings.

“The most recent evidence, which reviews all the evidence from the past decade, shows that when you feed people more saturated fat, that doesn’t increase their chance for heart disease,” says Kamal Patel, director of the nutrition research website Examine.com.

But Patel quickly adds, “That still doesn’t mean that saturated fat is good for you.”

The Connection Between Saturated Fat and Cholesterol

There’s a lot we don’t yet know for certain about saturated fat’s effects on the body. But here’s one thing we do know:

This has been proven many times.

Elevated LDL doesn’t guarantee you’ll have a heart attack - a possible explanation for the researchers’ null association between saturated and heart disease. It’s just one risk factor among many. But the general consensus is that if your goal is to live longer, keeping your LDL low should still be part of the plan.

“If you have two people who are exactly the same except that LDL is high in one person and low in the other, the person with high LDL will still be at a higher risk [for heart disease],” says Dr. Spencer Nadolsky, a physician and osteopath based in San Diego.

So modern evidence shows that, at the very least, the once dogmatic fear of saturated fat is overblown. But Nadolsky and others caution that this doesn’t necessarily mean you should actively seek more saturated fat within your diet.

“Look at the Blue Zones,” says Nadolsky, referring to areas of the world where people live the longest. “Their cholesterols are low. They’re not putting butter in their coffee, but at the same time, they’re not entirely avoiding saturated fat.” In fact, they consume lots of dairy, mostly in the form of yogurt and cheese (albeit from sheep and goats, rather than cows).

“I’m not anti-saturated fat,” adds Nadolsky. “The problem is when people say, ‘Look! Saturated fat’s not bad for you now!’ Then you get people putting butter in their coffee. And what I’m seeing, and other doctors are seeing this as well, is that people [who do dramatically increase their saturated fat intake] are having explosive changes in their cholesterol.”

Saturated Fat and Your Diet: Here’s What to Do Now

You may not need to make any changes at all.

Your body doesn’t actually need saturated fat. “There are only two essential fatty acids,” says Patel. Those are alpha-linolenic acid (an omega-3) and linoleic acid (an omega-6) - both of which are unsaturated.

While some people thrive on diets high in saturated fat, your body might not.

For some people - it’s unclear what percentage of the population - small amounts of saturated fat lead to big changes in cholesterol levels.

“We call them hyper-responders,” Nadolsky says. Some day there may be a reliable genetic test that will show who these people are, but it doesn’t exist yet. It’s safe to say that if heart attacks are part of your family health history, you’d be smart to keep your saturated fat intake within the existing 10 percent recommendation.

“If you have people in your family who had heart disease, despite having normal cholesterol, then you should probably do everything you can to decrease your risk,” Patel says.

But if you’re still interested in adding more saturated fat to your diet, there is a relatively easy way to monitor how your body reacts to it. Schedule two cholesterol tests spaced one month apart. Take the first test while eating your current diet. Then make the dietary changes you wanted and take the second test. This is the approach Nadolsky uses to assess his clients.

“You can tell pretty quickly if you’re going to have big changes to your LDL cholesterol,” he says.
Another test, which some experts say is more accurate and should replace the standard cholesterol test, examines your blood’s concentration of apolipoprotein B, or the cholesterol-carrying protein that embed themselves within arterial walls. The apoB test, as it’s called, looks specifically at the particles of greatest threat.

“When we check cholesterol [through a standard test], we’re just measuring the cholesterol on that low-density lipoprotein,” says Nadolsky. “But what really gets stuck in the wall is the lipoprotein, and that actually correlates better with risk.”

If bloodwork sounds too intense for you, then consider a simpler and safer way to add more fat to your diet: Skip the butter and eat nuts, avocado, and olive oil (all proven healthy fats) instead.

“The safest fat to eat is monounsaturated [fats, which are found in nuts, avocados, olive oil, and fish],” says Patel. “They always have a benign or positive effect on lipids, and on the end result for heart disease and heart attack.”

“MCTs don’t have to go through the liver, so they’re available for your body to use more quickly,” says Patel. That can be useful during extremely low-carb diets when you need energy. But Nadolsky adds, “I wouldn’t have anybody replace their olive oil or nuts with MCT oil. I don’t want to replace the fat that we know is beneficial with fat that may be of some little benefit for fat loss.”

“You shouldn’t be scared of saturated fat,” says Nadolsky. “But you’d be better off focusing on your overall diet.”

Research
By Health & Medical Reviews and News at 00:24