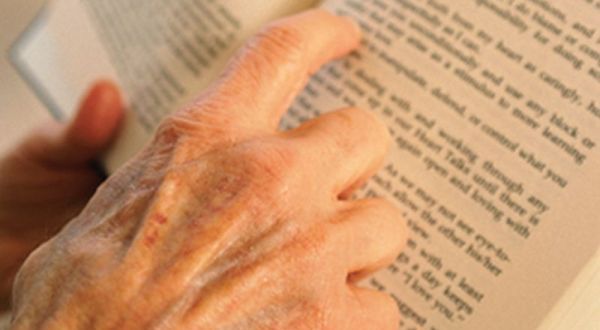 Could illiteracy up your odds for dementia?

That's the suggestion of a study that found seniors who couldn't read or write were two to three times more likely to develop dementia than those who could.

The finding "provides strong evidence for a link between illiteracy and dementia risk," said study author Jennifer Manly, a professor of neuropsychology at Columbia University's College of Physicians and Surgeons in New York City.

The finding also offers sobering insight into how dementia risk could be disproportionately affecting the roughly 32 million illiterate adults in the United States.

For the study, Manly and her colleagues focused on men and women who were at least 65, with an average age of 77. Most had been born and raised in rural areas of the Dominican Republic before moving to northern Manhattan. None - including those who could read or write - had gone to school for more than four years.

Three separate groups of participants were tracked for an average of about four years, with the first group formed in 1992, followed by a second in 1999 and a third in 2009, for a total of 983 people. For each group, medical exams were conducted every 18 to 24 months, as were screenings that assessed thinking, language, memory and visual-spatial skills.

Among those who were illiterate, over a third (35%) already had dementia when the study was launched.

By comparison, just 18% of literate participants had dementia when the investigation began. And after taking into account key factors - such as age, income and heart disease history - the team concluded that those who were illiterate were three times more likely to have already developed dementia at the beginning of the investigation.

The team also found that after a four-year follow-up, 48% of the illiterate group eventually developed dementia.

But among the literate group, just 27% went on to develop telltale memory and thinking problems.
The team concluded that all things being equal, those who were illiterate were twice as likely to develop dementia during the study.

So, what is it about reading and writing that seems to protect against dementia?

Manly cautioned that the study does not definitively prove that illiteracy causes dementia risk to rise. And she stressed that extenuating circumstances -- such as why someone may never have learned to read or write in the first place -- may also have a bearing on long-term dementia risk.

"Being able to read and write allows people to engage more often in what we could call 'cognitively enriching' activities," she said. "In other words, activities that 'exercise' the brain, like reading newspapers and books, helping children and grandchildren with their homework, or getting a job that requires literacy. Learning to read and write allows a person to participate in these activities all throughout their lifetime."

With that in mind, Manly and her colleagues said researchers should now explore whether or not tackling illiteracy might be a way to lower dementia risk.

But Heather Snyder, vice president of medical science relations for the Alzheimer's Association, cautioned that "literacy is shaped by a number of factors, and it is important that all of these factors be better understood and explored as potential contributors to dementia risk."

Nevertheless, Snyder, who wasn't involved with the research, said the "results of this study are interesting and add to the body of knowledge that supports the idea that there are many elements that contribute to the later-life risk of cognitive decline."

Health Reviews
By Health & Medical Reviews and News at 05:37