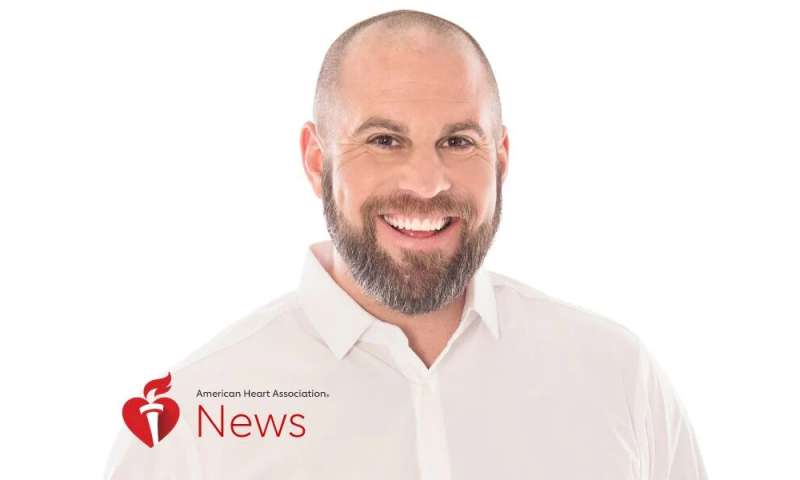 Jon Dorenbos was swimming with sharks in Bora Bora when he realized he kept losing his breath. During his 14-year NFL career, he'd never experienced anything like this.

A month later, in August 2017, Jon was traded from the Philadelphia Eagles to the New Orleans Saints. During a physical required to seal the deal, the physician heard a slight heart murmur. A follow-up electrocardiogram revealed multiple serious heart problems.

"He told me that I was never going to play football again," Jon said, "and that I would be in open-heart surgery within the next 48 hours."

Jon was 36 and a two-time Pro Bowler as a deep snapper. He was a favorite among Eagles fans, in part for having played in a club-record 162 consecutive games. The trip to Bora Bora was his honeymoon with wife Annalise. Now, the life he'd built was in jeopardy.

He remained calm, turning his focus to finding the best surgeon. The name that kept coming up was Dr. Joseph Bavaria, a cardiovascular surgeon and director of the Thoracic Aortic Surgery Program at the Hospital of the University of Pennsylvania.

"He's the godfather of the thoracic aortic aneurysm replacement and repair. And he's an Eagles fan," Jon said.

Bavaria's top concern for his new patient was an aortic aneurysm, a weakening or bulging of the aorta, the main artery that carries blood away from the heart to the rest of the body.

A normal aorta for a man Jon's age would be about 34 millimeters. His was 60. The risk of the aneurysm rupturing was 10% to 15% per year, Bavaria said.

"You don't really have symptoms," Bavaria said, "unless it ruptures, and then you're dead."

The other issue was a severely leaky aortic valve. This is what caused Jon's heart to swell and reduced its functioning, a factor measured by ejection fraction, or the volume of blood pumped by the heart with each beat. Normal range is 50% to 70%; Jon was at 35%, which is likely why he felt so short of breath while swimming.

"It was not heart transplant level, but it was pretty bad," Bavaria said.

The night before the surgery, Jon and Annalise phoned a few friends and tried managing their emotions. Early the next day, the medical team wheeled Jon down the hallway. He watched his new bride until turning a corner.

"That was the moment when I felt lonely," Jon said. "All of that emotion hit me in that moment when I was getting pushed down this cold, white hallway."

The surgery was expected to take about five hours. It took more than 10.

"I was trying to repair his valve, but I didn't like it, so I had to take it out," Bavaria said, noting that Jon's faulty valve was replaced with tissue from a cow. "It's a really large, good valve, and it's working perfectly. His prognosis is really good."

After waking from surgery, Jon remembered an ice chip in his mouth and Annalise asking him to squeeze her hand. It was the best-tasting ice chip he'd ever had.

"You're almost dead, so when you wake up, everything is heightened - every sensation, every motion, every taste. I felt such an appreciation for life that I cried every day for a year."
They weren't all tears of joy.

Depression is a side effect of heart surgery, and Jon experienced it. He also mourned the end to his NFL career. He began to get irritated over minor things, snapping at Annalise, kicking down doors and punching holes in cabinets.

"For 22 years, I had a natural release of aggression," Jon said. "I was in a results-driven business and that gave me purpose, focus and teamwork. Now that that was gone, I had to find ways to release that adrenaline."

Jon had been performing tricks since he was a child. The year before his heart surgery, he reached the finals of "America's Got Talent." As he looked to rebuild his life, Jon developed a show that's part magic and part motivation, using his personal stories to share a message of love, forgiveness and responsibility.

He has since appeared many times on "The Ellen DeGeneres Show." He is working on a TV special and authored the new book, "Life Is Magic." Most importantly, Jon is enjoying a new baby daughter, Amaya Love.

He feels a wave of gratitude that his heart problems were discovered when they were.
"I'm just lucky to be alive," Jon said. "It's been an amazing journey."

Heart
By Health & Medical Reviews and News at 05:37