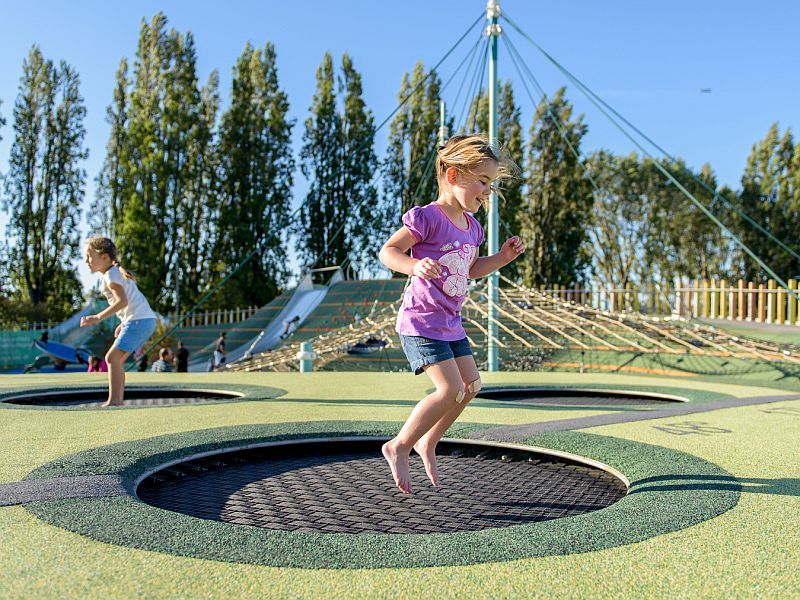 Trampolines aren't just for backyards anymore, and the rise in commercial trampoline parks may be sparking a rise in kids' injuries, a new report finds.

"While trampolines are a great source of fun and exercise for children, the potential for injury, particularly in recreational areas with an underlying business incentive, needs to be recognized," stressed study author Dr. Nancy Hadley Miller.

Her team tracked U.S. government health data and found that the incidence of broken bones suffered by children while on trampolines has risen by an average of nearly 4% each year between 2008 and 2017.

And every year during the study, it became 32% more likely that a trampoline-related bone fracture would occur at a gym or recreation facility (a trampoline park), rather than on a trampoline in a family's backyard. Bringing kids to these facilities - especially for events such as birthday parties - has become increasingly popular.

The findings are to be presented Saturday at the annual meeting of the American Academy of Pediatrics in New Orleans.

"Historically, advocacy campaigns have focused on trampoline injuries in the home," said Miller, who is a professor of orthopedics at the University of Colorado, Denver. The new data suggests "that future messages to parents and legislators should also focus on injuries that happen in these entertainment facilities and businesses outside of the home," she said.

Overall, trampoline-related fractures accounted for about 3.6% of all broken bones occurring among American kids in 2008, but that number rose to nearly 6.2% by 2017, the study found.

"As an emergency physician, part of my job is to educate on injury prevention," said Dr. Nicole Berwald, chair of emergency medicine at Staten Island University Hospital in New York City. "This information is valuable for educating patients and their families on the medical risks of participating in trampoline use."

And pediatrician Dr. Michael Grosso believes avoiding trampolines altogether might not be a bad idea.

"Trampolines are a real mixed blessing for children," said Grosso, who is chief of pediatrics at Northwell Health's Huntington Hospital, in Huntington,N.Y. "There are so many safer ways for kids to exercise, I think it's incumbent on us to suggest that this particular activity be avoided, even as we continue to promote running, walking, cycling, swimming and other activities that promote fitness and weight control."

Experts note that data presented at medical meetings should be considered preliminary until published in a peer-reviewed journal.