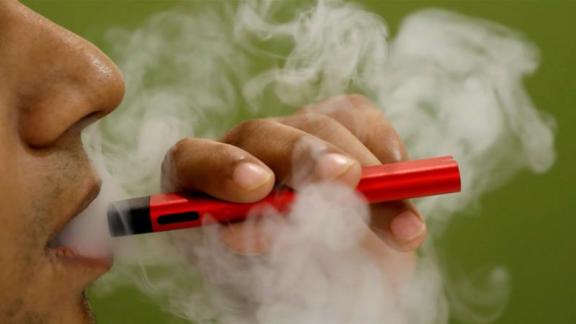 The number of people sickened by vaping is expected to grow dramatically, U.S. health officials say.

Speaking before a congressional subcommittee, Dr. Anne Schuchat, from the U.S. Centers for Disease Control and Prevention said she thinks hundreds of cases of lung illnesses have been reported since the CDC set the number at 530 last Thursday, the Associated Press reported.

"We are seeing more and more cases each day and I expect the next weekly numbers will be much higher," Schuchat said.

Nine people have so far died from the illness.

Despite the growing number of cases, the CDC is still in the dark about the cause and hasn't found a common factor that explains it.

The situation has rattled the public health community, resulting in the Trump administration's call for a ban on flavored e-cigarettes. New York and Michigan have already put restrictions on these products and Walmart is pulling them off their shelves, the AP, says.

Reacting to the crisis, Massachusetts is stopped the sales of all vaping products for four months. Rhode Island too is planning to ban flavored e-cigarettes.

Michael Seilback, assistant vice president for state public policy at the American Lung Association said: "From our perspective, it's the absence of strong federal action by the FDA that is forcing states to have to make choices like this on how they are going to protect children and adults from the public health emergency of e-cigarettes," the AP reported.

The CDC is still searching for answers. Not much is known about the effect of inhaling the oils, flavors and other ingredients in e-cigarettes, Schuchat said.

"We don't know enough about the aerosol that vaping produces in terms of the short and longer-term health impacts," she said. "It may indeed be that the process itself is risky."

Many patients report that they also vape THC, the active ingredient in marijuana, but some had only ever vaped nicotine, Schuchat noted.

One view holds that knock-off vaping products from counterfeiters is responsible, the AP noted.

Tests have found vitamin E acetate in vaping fluids, which counterfeiters use to dilute THC oil.
The CDC recommends that people not vape as the investigation continues.

Rep. Raja Krishnamoorthi (D) from Illinois, blamed the U.S. Food and Drug Administration for not mandating more testing of e-cigarettes.

"When a product is released onto the market without safety testing or clinical trials, this is what we fear," he said.

The FDA has the authority to regulate vaping products but has continued to extend the deadline for reviewing them. Right now, e-cigarettes manufacturers have until May 2020 to submit their products for review, the AP reported.

Smoking
By Health & Medical Reviews and News at 05:21