Could Coffee Be A Help in Weight Loss? - Health, Medical and Fitness News Blog

Could Coffee Be A Help in Weight Loss? 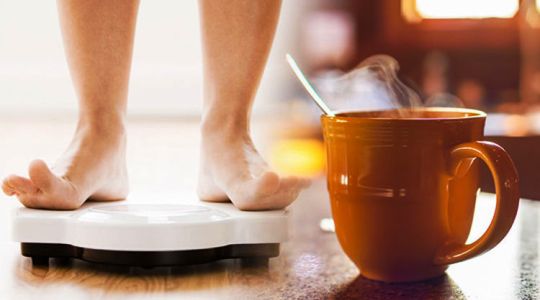 That's the suggestion from a British study that finds coffee stimulates the human body's "brown fat," a heat-generating form of fat that literally burns calories in a process called thermogenesis.

"This is the first study in humans to show that something like a cup of coffee can have a direct effect on our brown fat functions," said study leader Michael Symonds, of the University of Nottingham.

"The potential implications of our results are pretty big, as obesity is a major health concern for society and we also have a growing diabetes epidemic and brown fat could potentially be part of the solution in tackling them," he said in a university news release.

But one U.S. obesity and nutrition expert said it's just too early to label coffee a dieter's best friend.

"Usually thermogenic properties are too minimal and insignificant" to help someone go from overweight to normal weight, explained registered dietitian Sharon Zarabi. She directs the bariatrics program at Lenox Hill Hospital in New York City.

As Symonds' team explained, thermogenic brown fat was long thought to only exist in either human babies or hibernating animals, such as bears.

But in recent years it's been discovered in adult people. It's distinct from white fat cells, which is where the body stores excess calories.

"Brown fat works in a different way to other fat in your body and produces heat by burning sugar and fat, often in response to cold," Symonds explained. So, "increasing its activity improves blood sugar control as well as improving blood lipid [cholesterol] levels, and the extra calories burnt help with weight loss."

But can brown fat be stimulated into calorie-burning activity by something you eat or drink?

To find out, the British team used stem cell-based studies to first see if caffeine might do the trick. It did, at a certain dose.

The next step was to use high-tech imaging to track changes in brown fat stored in people's necks.

"We were able to image someone straight after they had a drink [of coffee] to see if the brown fat got hotter," said Symonds.

"The results were positive," he said, so the next step is to figure out which component of coffee - perhaps the caffeine - is activating brown fat.

His team is also "looking at caffeine supplements to test whether the effect is similar," Symonds said. "Once we have confirmed which component is responsible for this, it could potentially be used as part of a weight management regime or as part of a glucose regulation program to help prevent diabetes."

"I'd still recommend a cup o' joe at some point in the morning for a mental boost and pep in the day, but definitely not to help you lose weight - unless you're using that caffeine for stimulation of a heart-pounding workout," she said.

That's because exercise remains the best and most efficient way to burn calories, Zarabi said.

But if you do choose to try coffee to lose weight, drink it black, she advised.

"This shouldn't give anyone the pass to drink unlimited amounts of coffee," Zarabi said. "And many drink coffee 'light and sweet,' which defeats the whole purpose of burning energy, because you're taking it all back in with the condiments."

The study was published June 24 in the journal Scientific Reports.

Weight Loss
By Health & Medical Reviews and News at 01:45