The Most Common NFL Sports Injuries and Recovery 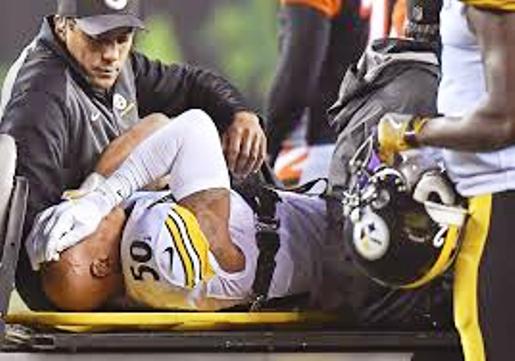 With football season in full swing, NFL teams are racking up injuries along with their touchdowns. This week 23 players are out with injuries and 12 sit on the injury reserve list, with more than 100 more players in questionable shape from injuries according to NFL data.

Starting in 2012, the NFL began compiling and publishing sports injury data through the Play Smart Play Safe initiative. From these data, we know the most common injury NFL players suffer is concussion. Approximately 200 to 280 players have suffered concussions annually during the preseason and regular season between 2012 and 2018, according to initiative data.

Concussion, or mild traumatic brain injury, occurs after receiving head trauma such as a blow to the head, according to Benjamin Wedro, MD, FACEP, FAAEM, of MedicineNet. Players may or may not lose consciousness. They may have a headache or be confused or suffer from symptoms including memory loss, vomiting, nausea, and dizziness, he says.

So how long after suffering a concussion can a player return to the field? That depends on the severity of the injury.

"For patients with minor head injuries (concussions), nothing more may be needed other than observation and symptom control," Dr. Wedro says. "Return to sports depends upon complete resolution of concussion symptoms and it is important not to return to practice or competition too soon."

The NFL has their own protocol for the diagnosis and management of concussion in their players. Athletes are advised to resume physical activity slowly and to increase the intensity of their workouts gradually as long as symptoms do not worsen or return, per NFL guidelines. Players are only reinstated to full contact play after being cleared by their medical team.

The league maintains a strict enforcement policy that includes possible club fines and forfeiture of draft picks for infractions, according to the Play Smart Play Safe initiative. The organization also has a five-step return-to-participation protocol that spells out the process players diagnosed with concussion must follow before being medically cleared to fully practice or participate in an NFL game.

Football players are also likely to suffer knee injuries, particularly to the medial collateral ligament (MCL) and anterior cruciate ligament (ACL), according to initiative data. These ligaments connect the thighbone to the shinbone.

MCL injuries affected about 130 to 160 NFL players between 2012 to 2018. About 50 to 60 players suffered from ACL injuries in the same time period. Football players may suffer these injuries from a hit, or when they twist, bend, or change direction quickly.

According to John P. Cunha, DO, FACOEP, the prognosis for minor knee injuries is good and these types of injuries heal on their own with conservative treatment like RICE (rest, ice, compression, and elevation) and anti-inflammatory medication. A player may be off his feet for a few weeks after a minor MCL tear.

Injury tracking and treatment and return-to-participation protocols are intended to improve the health and safety of athletes and make the game safer, according to the NFL.