How to Fix a Flint Neighborhood? 'Come at It From All Sides': AHA News - Health, Medical and Fitness News Blog

Home Health News Health Reviews How to Fix a Flint Neighborhood? 'Come at It From All Sides': AHA News

How to Fix a Flint Neighborhood? 'Come at It From All Sides': AHA News 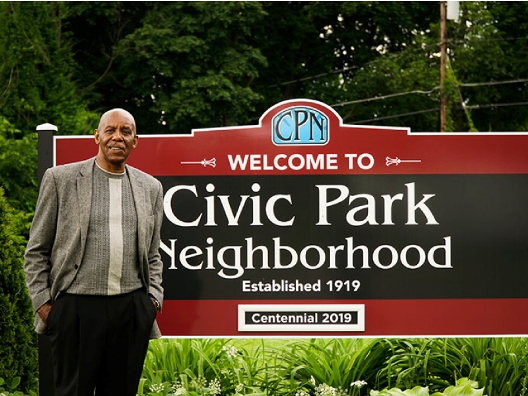 A music production studio, boxing lessons, employment programs, and health and wellness projects - just some of the elements it takes to reinvigorate a community.

It's the work of the Urban Renaissance Center in Flint, Mich., a nonprofit restoring life to Civic Park, a predominantly black neighborhood that has faced severe blight because of unemployment, depopulation and street violence.

"When areas have been abandoned and underserved for so many years, there's no way a single approach will make a lasting difference, so we come at it from all sides," said Rev. Robert McCathern, the center's executive director and a leading force for change in the community.

McCathern's first tour through Flint in 2001 fueled his passion and purpose. He'd accepted an invitation to be an interim pastor at a church there in 2001, and a young guide was showing him around town.

"The whole tour was about who had died where from gun violence," McCathern said. "He said, 'My uncle died on this corner, my best friend died there.' It was totally normal for people to have five, six or seven people close to them having died from violence."

Civic Park, which encompasses about three-quarters of a square mile with fewer than 3,000 residents, was built by General Motors in 1919 to house the influx of workers drawn to the area by automotive and industrial jobs. As factory jobs disappeared, the neighborhood spiraled from prosperity to poverty.

Later in 2001, McCathern went on to start his own church, Joy Tabernacle, and immediately got to work creating opportunities in the community. Urban Renaissance Center, a ministry project of Joy Tabernacle, was incorporated as a nonprofit in 2016, though its work began when the church formed.

"Coming to Flint and watching kids have no jobs, no opportunities, I could not live with that," said McCathern, 65. "We work with some families three or four generations removed from having a job."

The center has demolished more than 300 dilapidated homes since 2014, nearly a third of the total housing stock. The work was done in part by the center's social enterprise and building trades programs, which last year provided job training to 42 people.

Another project is Clean & Green, a landscaping program that trains and employs grounds workers and is coordinated by Nikita Johnson. He met McCathern in 2011 at age 22 just after his release from jail for running a chop shop, where stolen vehicles are dismantled for parts.

"Pastor asked me what I was doing with myself, and I told him I was looking for some positive direction," said Johnson, who started by volunteering at the center and then learned handyman and groundskeeping skills.

"It's a lot more than just a workplace," Johnson said. "Every morning the group spends at least an hour getting to know each other and expressing our problems. Everyone helps everyone."

Johnson now has a side business repairing cars and enjoys playing the role of big brother to new Clean & Green participants.

Urban Renaissance also serves about 100 people a month through its health programs, which include wellness events and primary care referrals.

Well before Flint's water crisis in 2014, when residents were exposed to elevated levels of lead in drinking water, the minority community already distrusted health care providers, a situation the crisis magnified, McCathern said. The center developed an infrastructure to get clean water to people, which it has since used for food delivery and health services.

Its various programs are funded by donations and grants, particularly from the Ruth Mott Foundation in Flint. It also recently received a $100,000 investment from the American Heart Association's Social Impact Fund.

"So many of our health issues are related to social factors, which is why our approach is holistic," McCathern said. "To make a healthy person, their whole environment should be healthy."

Health Reviews
By Health & Medical Reviews and News at 05:32